The Definitive Guide to Online Defamation In Canada: How to Fight Back

Talk to an Expert

Get a Free Quote Now!

Send us a Message 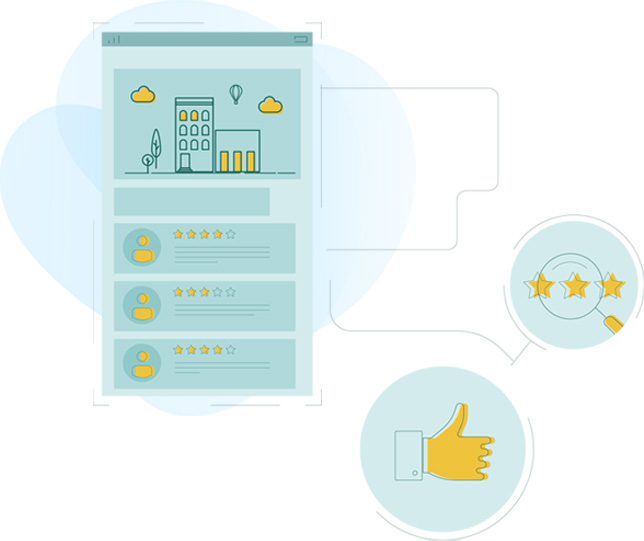 There is nothing new about the terrible and malicious things some people say about others; however, the rise of social media and the internet has made it much easier for individuals to spew their written attacks to an easy audience of millions rather than dozens.

If you notice a bad review, defamatory remarks, or other negative content, it is important to have a plan and stay calm.

First, let’s explain what these three terms mean in Canada, and in general.

Defamation refers to harming another person’s reputation by making a false written or oral statement about that person to a third party.

Libel is defamation with a permanent record, such as an email, a radio or TV broadcast, a newspaper, a website posting, etc.

Slander is defamation with no permanent record, such as a spoken statement.

To learn more about each of these terms, visit this reference site.

Historically, defamation law was enacted to balance one person’s right to freedom of speech with another’s to not have his or her reputation unfairly attacked. The emergence of online social platforms and attack websites have made it more difficult to navigate defamation cases. Now, online comments can be posted in real time under fake profile names, and often in the heat of emotion leaving a negative mark against your reputation.


Damages caused by online defamation can
result in:

It matters what people find when they look for you online.

There is no doubt that social media platforms and review websites have played an increasing role as the communication methods of choice for many in Canada. You know from experience that one Google search can reveal a lot about a person or a company, and it’s not always favourable. 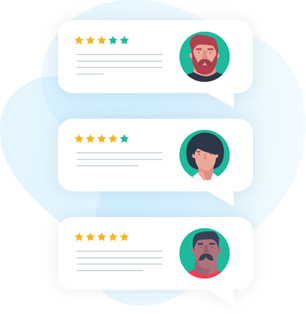 For professionals and business owners, online reputation also includes third-party review sites that might get accessed directly. Therefore, the first step in maintaining your online reputation is creating the right presence on websites that you control.

Remember, your online reputation only consists of what’s out there.

It’s important for social media users to review their Facebook pages or social media postings, profiles, blogs, websites, etc. for defamatory comments and to treat everything that is said on the internet or in e-mail as if the user was publishing it on the cover of a newspaper with a large readership or broadcasting it on the nightly news.

Business owners should always protect their company’s social media profiles from abuse and issues relating to potential defamatory instances in the workplace by providing proper social media training. They should also be aware of what customers are posting about them on review websites and address all comments made about their business in a professional and positive manner. 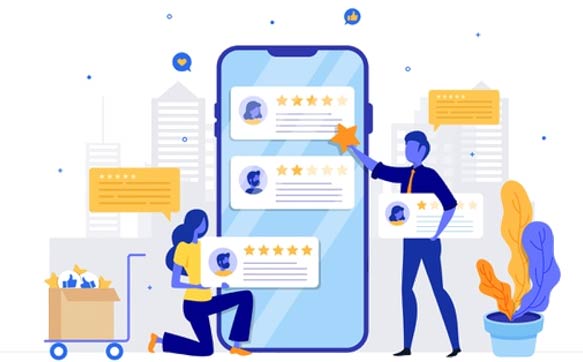 Therefore, the first step in online reputation management is creating the right presence on sites that you control.

The statistics speak for themselves:?

During those hours, their opinions are being influenced by what they discover on the internet.??

A positive online reputation can be the difference between a business owner’s success or failure. At the same time, search algorithms prioritize popularity, not accuracy, so your negative content is at risk of showing up on the first page of Google results.

What is Online Reputation Management (ORM) and why do you need it?

Since eliminating defamatory content and bad reviews online can be difficult to do alone, many people and businesses are turning to reputation management professionals to make negative web pages disappear. Here, a team effort is required and you need experts on the subject who can advocate for your online reputation.

Fortunately, there are a number of strategies ORM experts can implement to turn your negative content, positive. Similar to SEO (search engine optimization), which uses techniques to make your brand or image stand out on web search engines, they can also help you suppress and remove negative content. Simply put, the more positive, high-quality content that is created, the more likely it will rank above the negative content, thus, making it less noticeable to searchers.

ORM services can also perform link removals which means permanently deleting, rather than suppressing, negative online content. When this can be accomplished, the negative content will be deleted completely and removed from Google, and other related search engines. While it’s important to note – not everything is possible to remove, removing these bad links has also been successful in many cases.

Managing Your Online Reputation in Canada

How does online reputation management in Canada differ from other countries???

For one, the European Union (EU) enacted “the right to be forgotten” privacy law in 2014 which allowed people living in the EU to request removal of Google search results that were deemed no longer relevant or inadequate.? While the law does not result in total link removal of the content, it does make it harder to find since more people use search engines to find information online.??

The introduction of the right to be forgotten policy was a score in the win column for the citizens of the EU; however, here in Canada there are no immediate plans to enact similar laws.? Instead, online defamation cases are dealt with through a common-law action for libel.?

For instance, a Canadian can request defamatory content be removed through an injunction issued by the courts, but even this remedy can be difficult to obtain. Canadian courts deal with a number of challenges when presented with online defamation cases, such as establishing who the original publisher was and whether the content posted on the internet are capable of defamatory meaning.??

Sometimes, defamation cases in Canada can constitute a criminal offense under section 298 of the Criminal Code.? In the case of R vs. Simoes, a customer posted negative reviews about an Ottawa restaurant and in retaliation, the owner began to harass the customer using fales profiles of the diner and also sent lewd emails to the customer’s employer. That same restaurant owner was convicted of defamatory libel by the Ontario Court, and was sentenced to subsequent jail time.

For Canadians who are looking to protect their online reputation, there are also attack websites to beware of.? In the case of A.T. v. Globe24H.com, the website published thousands of Canadian judicial decisions, made them searchable on Google and then demanded fees for the removal of names.? Friends, colleagues and family members could now search for this negative information about the victim at their fingertips.? There are plenty of attack websites that still publish defamatory content about citizens online.? These types of websites can be detrimental to you, your career and/or business.? 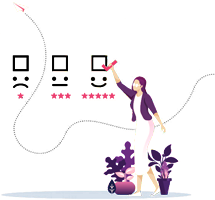 An effective online reputation management plan is one that offers both quality and diversity.? The best reputation management plans incorporate a wide range of distinctive, high-quality content published across multiple and credible sources. After all, most online readers are savvy enough to know the difference between an unsavoury, gossip-mongering site and a credible news source.

Backlinks help improve your website’s traffic, rank, reputation, and even relationships. Further, the more sites refer to your personal or business sites, the more highly they will rank. Periodically look for sites who might be willing to link to your materials, then reach out to them.

Whether you are a restaurant, tech product, business owner or anything in between your customers, clients or future employees are looking at reviews of your business. Online reputation management experts can offer software and services designed to improve your ratings on Google Reviews, TripAdvisor, RateMDs, Facebook Reviews and many more industry specific reviews websites.

An important part of maintaining your online reputation is knowing what to look for. You have to know what to track so you can monitor all messages surrounding your company or brand. Afterall, gaining the trust of your customers can make or break your business. Here’s what to look for:

It is important to keep track of what people are saying in your industry.. For example, Left Field would want to track industry keywords like Toronto brewery, craft beer, Toronto microbrews or best Toronto beers.

Checking your social media accounts is a must for monitoring your online reputation. You should try to post every day to keep up with engagement and respond to both the positive and negative comments and mentions of your business. Creating a business blog is another great way to contribute your knowledge about your industry and keep customers informed.

Analyzing your competition can provide valuable insight as to how your business stacks up against similar businesses. A simple Google search of those competitor’s names from time to time will keep you apprised of what others are saying.

Look no further than your current social media followers or customers to help you monitor your online reputation. You could even conduct an online survey or poll to get a sense of how they are experiencing your website and other online channels. Keep your polls short and not too frequent.